"Coming to you from the heart of the
Mystical San Luis Valley"...
NO LIGHT POLLUTION

*GPS's are giving wrong directions to the entrance*

(scroll down for map)

Watch for the Alien signs!

RVs (no hookups) are welcome to camp
and only campers are permitted after 5pm
due to thefts and vandalism.
Campers call 719-378-2296
GATES WILL BE CLOSED

Judy's favorite TV shows were "Sightings" & "X~Files".  After watching show after show, she realized she was hearing things like "GREAT SAND DUNES" & "SAN LUIS VALLEY" on many episodes of these programs.

With this in mind, Judy had an idea!
She has created the first  (that I am aware of) UFO WatchTower®


On September 7, 1967, near the town of Alamosa in the San Luis Valley, Snippy, a 3-year-old Appaloosa, failed to return to the Harry King Ranch where she was stabled. Two days later, Mr. King (the ranch owner) discovered Snippy's remains roughly a quarter-mile from the ranch house. According to his account, the neck and head had been completely stripped of flesh, leaving nothing but bare, seemingly sun-bleached, white bone, while the remainder of
the mare remained unscathed. 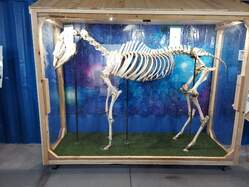 Come on by the UFO WatchTower®
for some interesting chit chat about ufos, aliens, abductions, paranormal, and just about everything else in the cosmos!
You never know who you will run into at the UFO WatchTower® for a little conversation!! 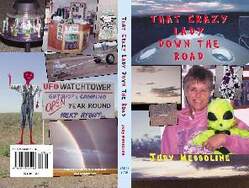 "That Crazy Lady Down the Road"

- by Judy Messoline is now for sale!!

or we will accept Paypalsent to ufowatchtower@yahoo.com
Those who wish to use a credit card can
call Judy at 719-378-2296
Allow 3 to 6 weeks for delivery.
Read about the experiences at the
UFO Watchtower and
stories from other places as well.
A real eye opener!!
Contact Judy at:
UFOWATCHTOWER@yahoo.com

The Extraterrestrial Gratitude Rock
Directions for use:
Place in pocket or purse.
Each time the rock is touched,
THANK the Universe for your
WONDERFUL LIFE!!

Only $2.50 each. Shipping included
Roadside America~click~

-Slow down...watch for pedestrians,   cars and dust
-Use trash bags and deposit them in   the dumpster
-Do NOT put trash in the fire pits and
do NOT move the rocks around them
-Do NOT move the reels from the camp   spot
-Keep dogs with you
-NO firearms, pellet and BB guns   permitted on the property
-Bring your own water, firewood and   trash bag
Thanks

©2000 ~ 2023 UFO WATCHTOWER® .COM
~ All rights reserved. No part of this publication may be reproduced, stored or transmitted in any form or by any means, without permission in writing from the publisher.
~Website questions, copyright issues, ( I will be happy to remove )  please contact Lucy Sniela at  UFOWatchtower@msn.com
This has been a WebbieLand.Net Production