I was invited by the rancher to see this cow.
I took a lot of pictures as this was my first look at a mutilation.

The behavior of the animals was so odd...the cows calf would not go within 20 feet of the cow.
The other cows made a circle around her and would take a few steps towards her,
sniff and then back off really fast.

None of them were bawling like they normally do when there is a dead animal.
I looked all over to find the hide from the face but it was no where to be found.

There was very little blood, the tongue and inside of the mouth was gone and
rectum and vulva were cored out as well as the hide from the nostril below
the eye to the jaw was gone (very clean cuts!).

The vets who examined her and did an autopsy emphatically said that they didn't
believe in this mutilation stuff. They said that the cause of death was bloat and that
preditors did the rest.

I'm sorry, but there were NO jagged edges...just clean cuts, even the esophagus was cut clean.

The sheriff's office accused me of trespassing, even though I had the ranch foreman with me.

They said that it was a crime scene and yet hadn't marked it as such. The night before finding the cow there was two large cargo planes flying across the valley and one was only about 50' off the ground.

Any correlation? Makes me wonder.
Colorado MUFON has been contacted and a report made as well as the pics have been sent to them. Another Valley paper from Monte Vista is going to do a detailed story about the mutilation and a couple other strange incidences that have happened in the past month.
Judy 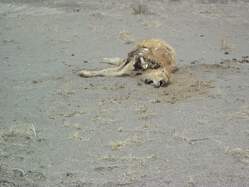 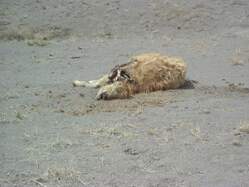 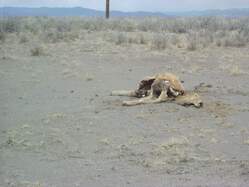 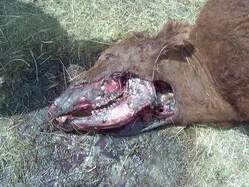 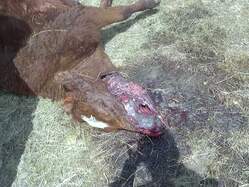 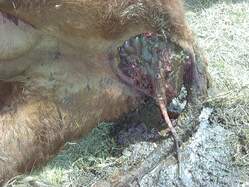 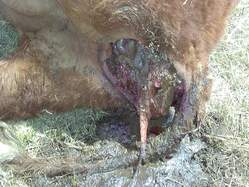 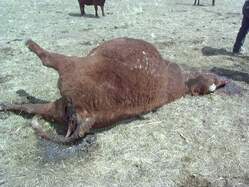 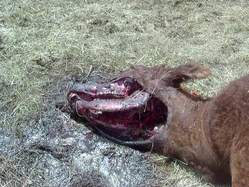 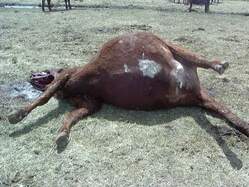 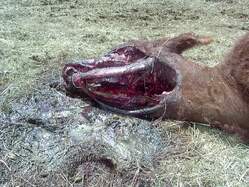 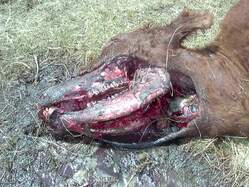 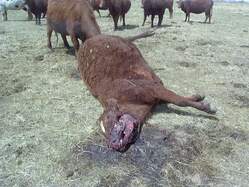 ©2000 ~ 2023 UFO WATCHTOWER® .COM
~ All rights reserved. No part of this publication may be reproduced, stored or transmitted in any form or by any means, without permission in writing from the publisher.
~Website questions, copyright issues, ( I will be happy to remove )  please contact Lucy Sniela at  UFOWatchtower@msn.com
This has been a WebbieLand.Net Production